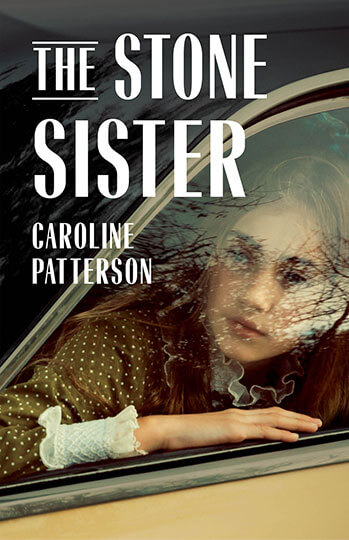 The Stone Sister is the winner of the 2020 Big Moose Prize and due for publication in fall of 2021.

Spanning the mid- to late 20th century and set in the Elkhorn Valley of southwestern Montana, The Stone Sister is told from three points of view — a father’s, a nurse’s, and a sister’s. Together they tell the unforgettable story of a child’s birth, disappearance, and finally discovery in a home for “backward children.” Robert Carter, a newly married man just back from World War II, struggles with his and his wife’s decision to entrust the care of their disabled child to an institution and “move on” with family life. Louise Gustafson, a Midwestern nurse who starts over with a new life in the West, finds herself caring for a child everyone else has abandoned. And Elizabeth Carter, a young journalist, uncovers the family secret of her lost sister as she struggles with starting a family of her own.

The Stone Sister explores the power of family secrets and society’s evolving definitions of “normal”–as it pertains to family, medicine, and social structure. The novel sheds light on the beginnings of the disability justice movement as it follows one family’s journey to reckon with a painful past. Incredibly, the novel is based on Caroline Patterson’s personal story. As an adult, she discovered she had an older sister with Down syndrome who had been written out of her family history. And that sister’s name was also Caroline Patterson.

Mary and Bob were in sudden, close proximity after weeks of moving from hospital to home and back again. Through the roar of the Buick’s heater, Bob heard Mary’s breathing, could see her fingers moving as she tucked the blanket around the baby, adjusted her scarf, pulled down the rearview mirror to check her lipstick. The infant murmured, shifting in her bundle of blankets. They had picked her up in the nursery and moved on to Cecil’s office, signing papers for her release, papers that recognized them as parents, and papers that recognized the child as a ward of the Stone Home for the Mentally Retarded, even negotiated the awkward moment when some fool woman stopped them—mistakenly identifying them as a happy young couple heading home from the hospital with their newborn and began to gush, “Let me see the little darling,” and Mary looked at her sharply and Bob said, “We’re in a hurry, ma’am,” and they rushed past the hurt on her face and out the door to the shock of the below-zero, snowbound world and into the upholstered intimacy of the car.

The child’s face screwed up and she was about to cry when she was startled quiet by the grinding sound of the car starting. Bob shifted into first, pulled away from the curb, but as he headed toward the highway that would take them up over Beavertail Pass to the place that would house this child for the rest of her life, he felt suddenly panicked, as if he’d left something behind. He patted his pants for his wallet. His keys were in the ignition. Mary was beside him. He glanced over at the child’s dish-shaped face, the slanted eyes. This was it. He had to be ready now.

Mary stared straight ahead, her profile etched against the frost-crusted side window, inscrutable.

Bob launched the car onto the highway behind a logging truck, loaded with Douglas fir, correcting for the skid. They headed east into the ice-bound, unblinking morning.